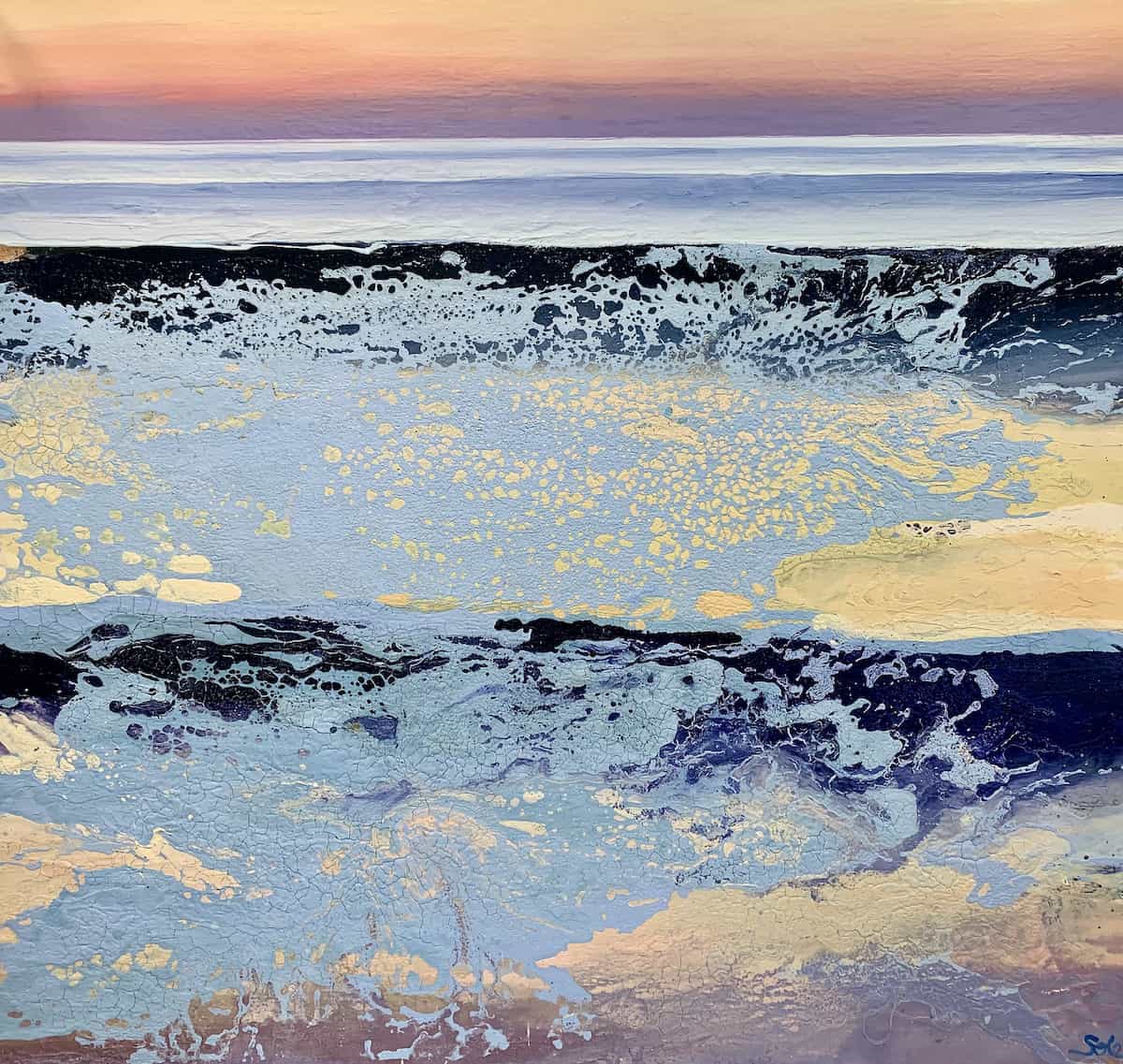 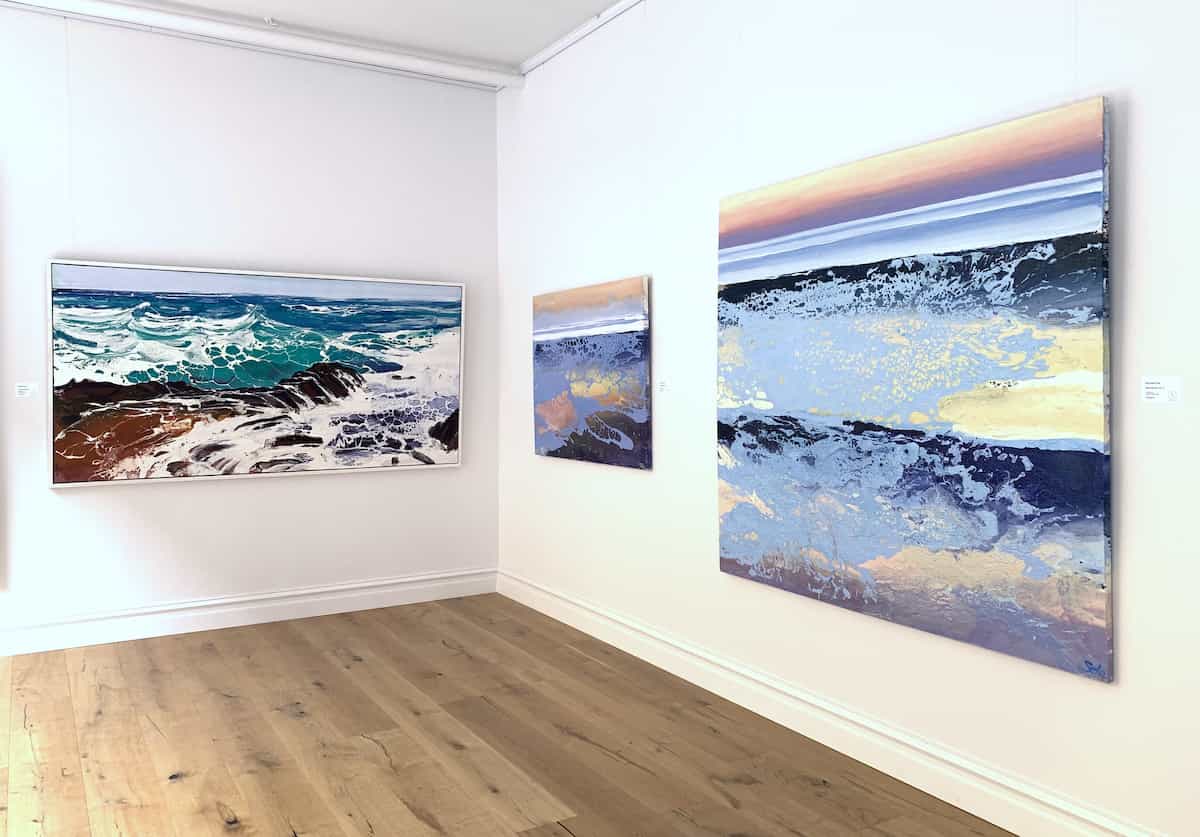 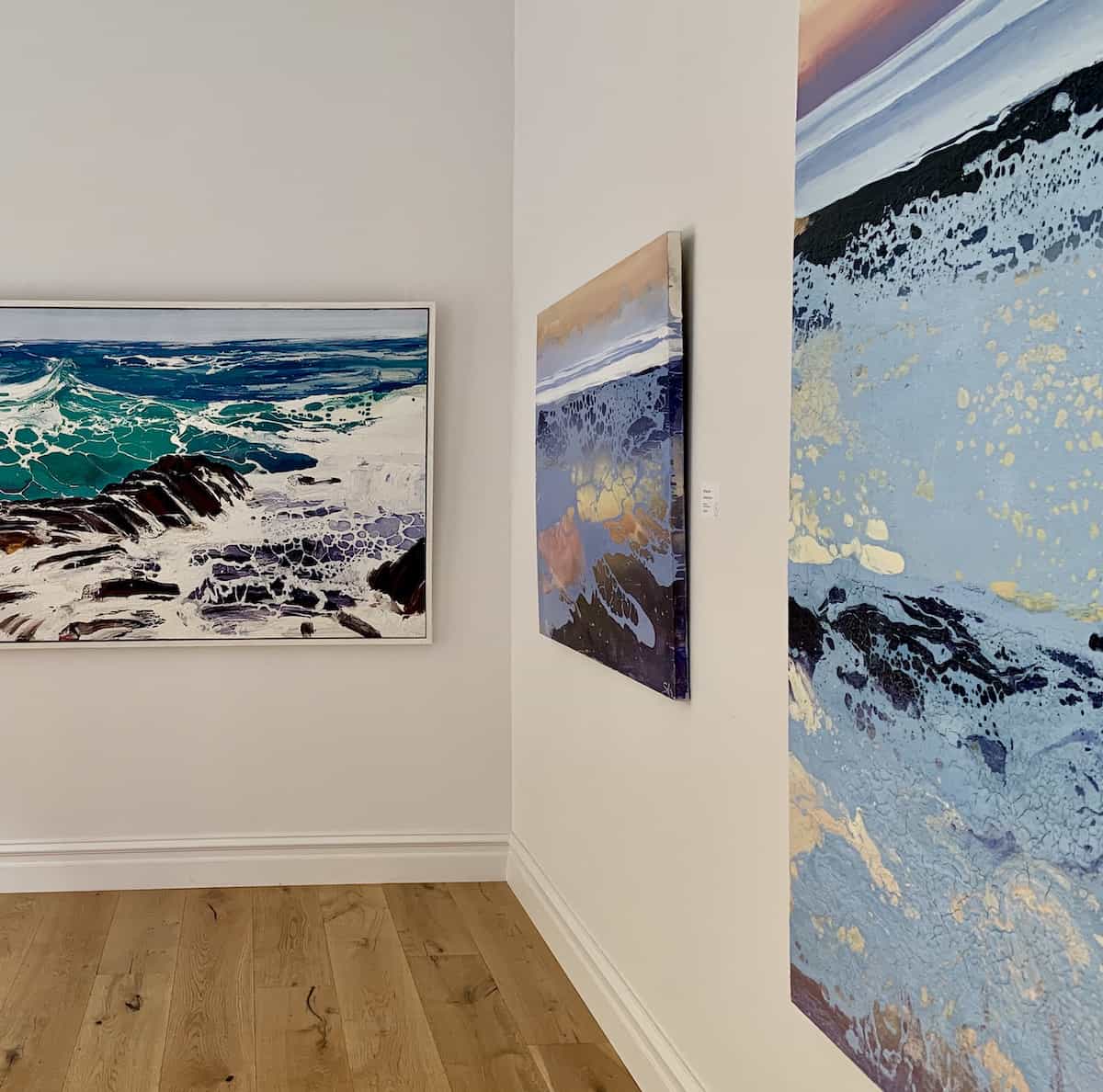 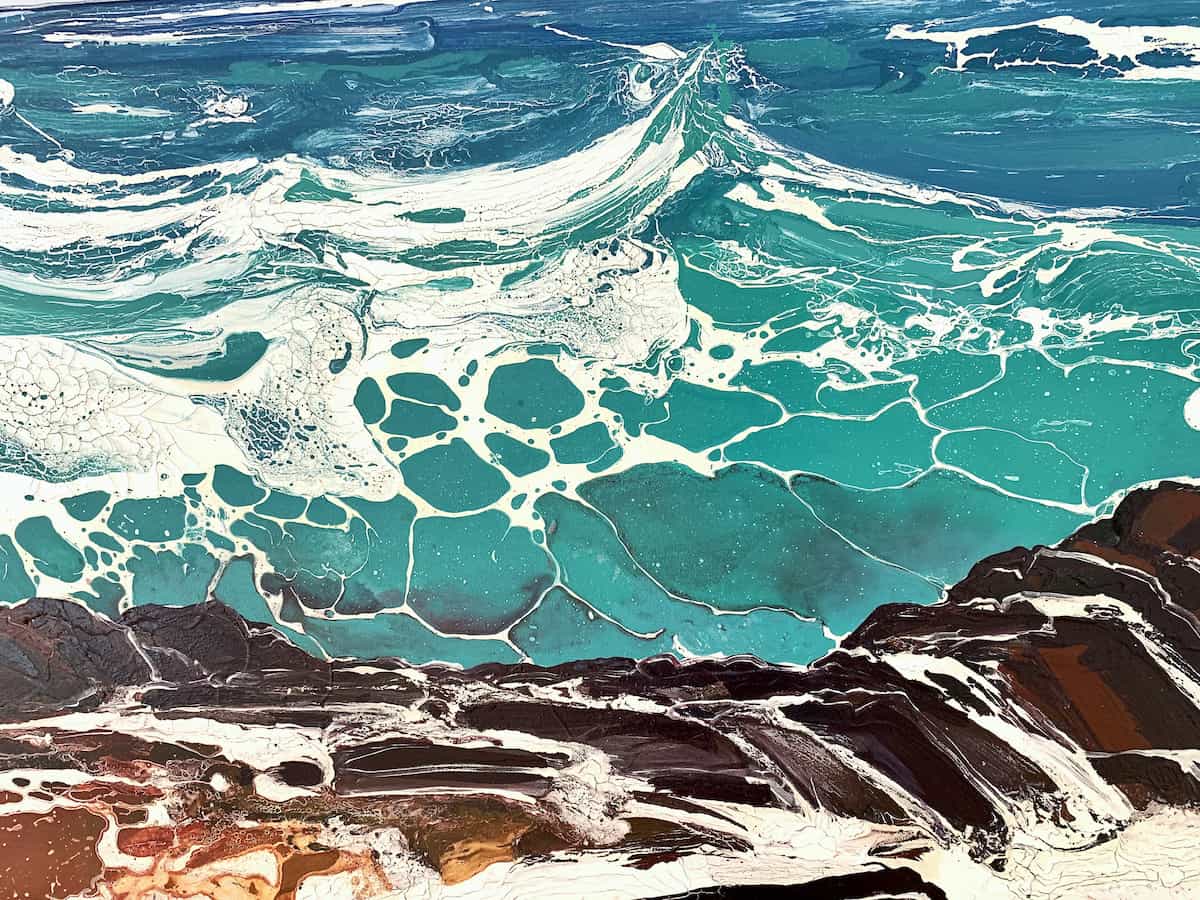 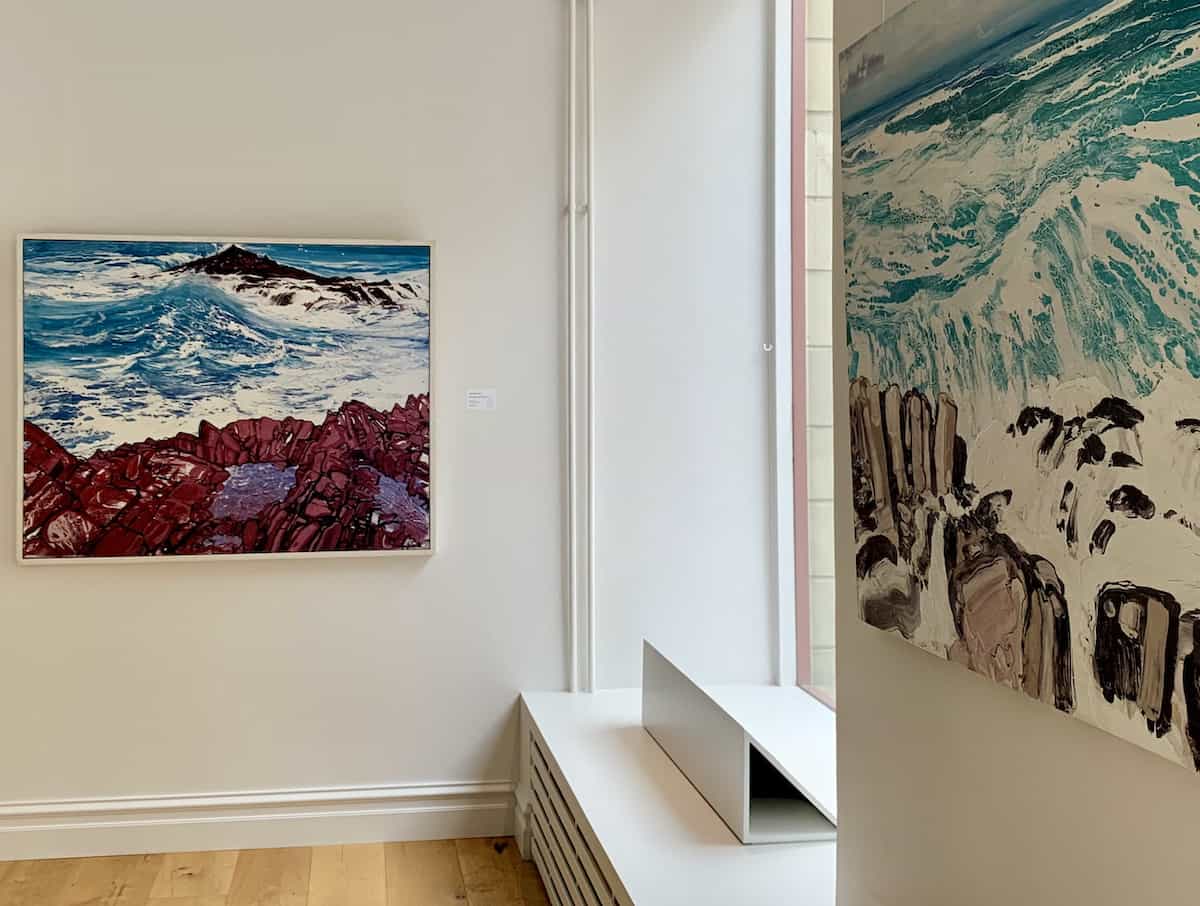 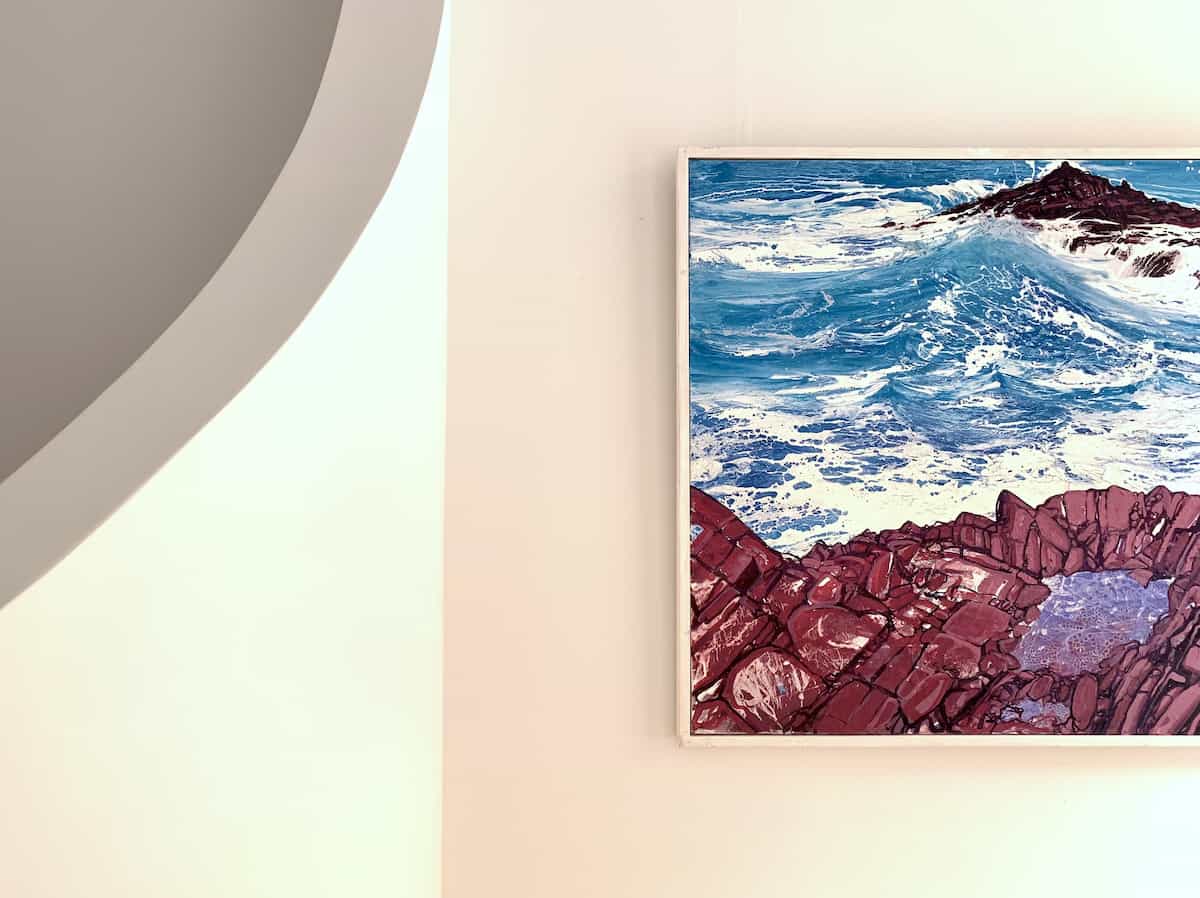 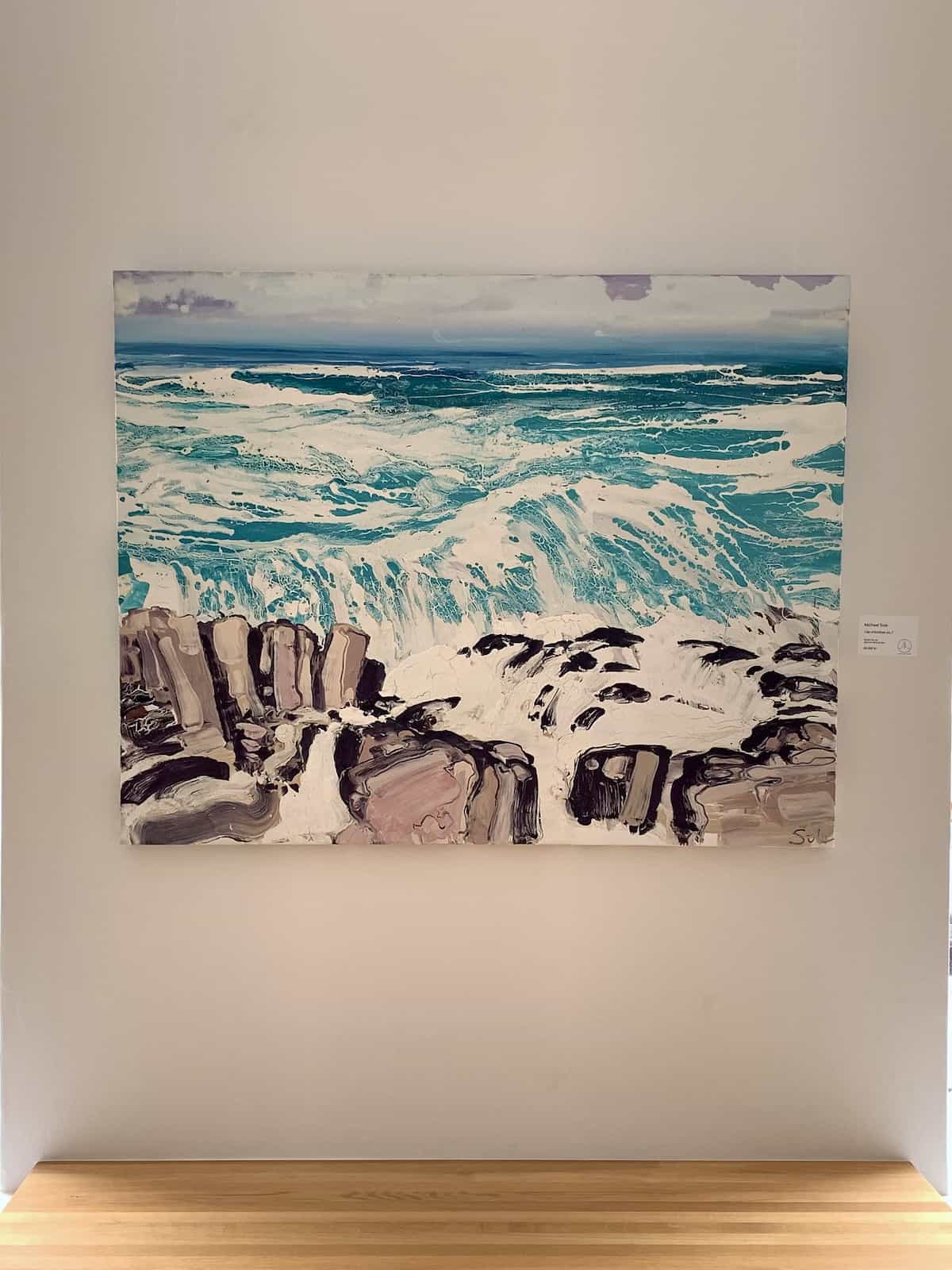 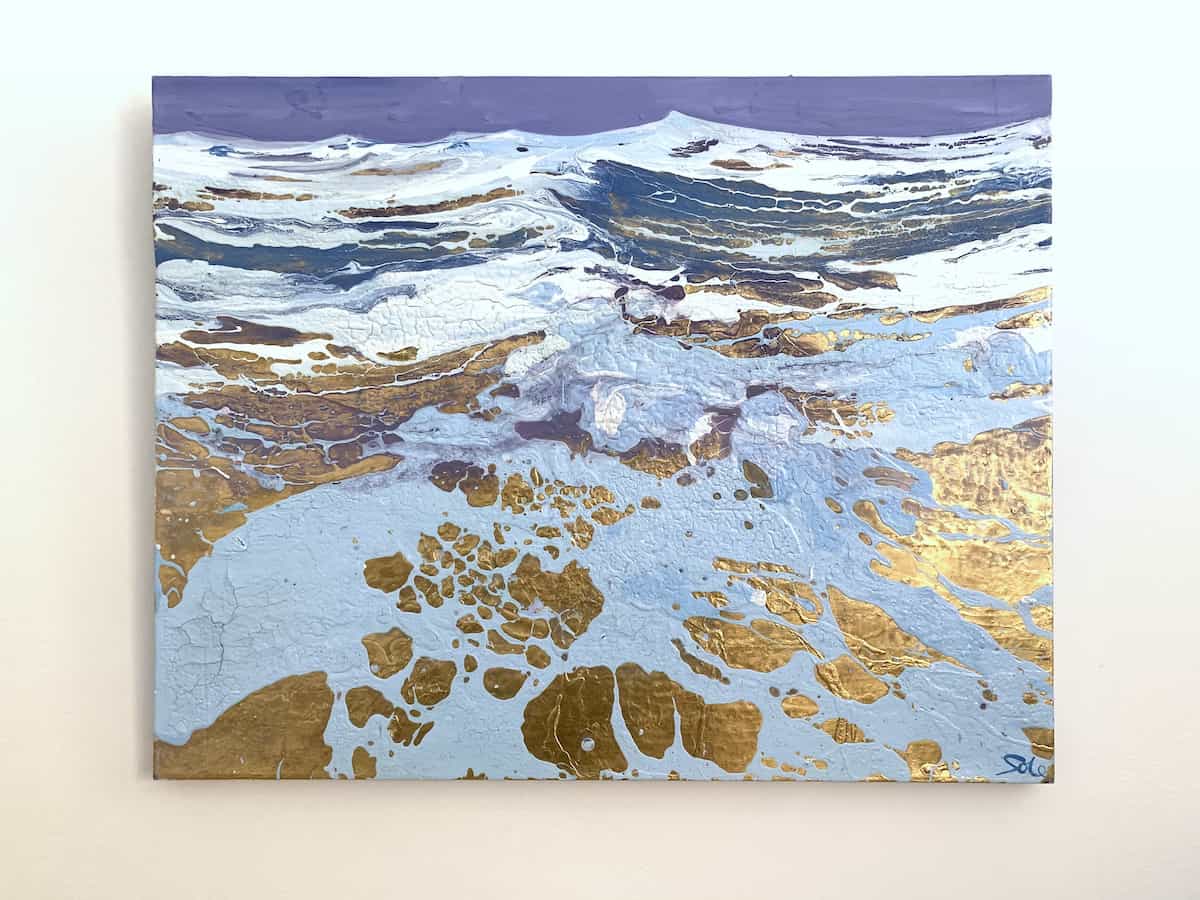 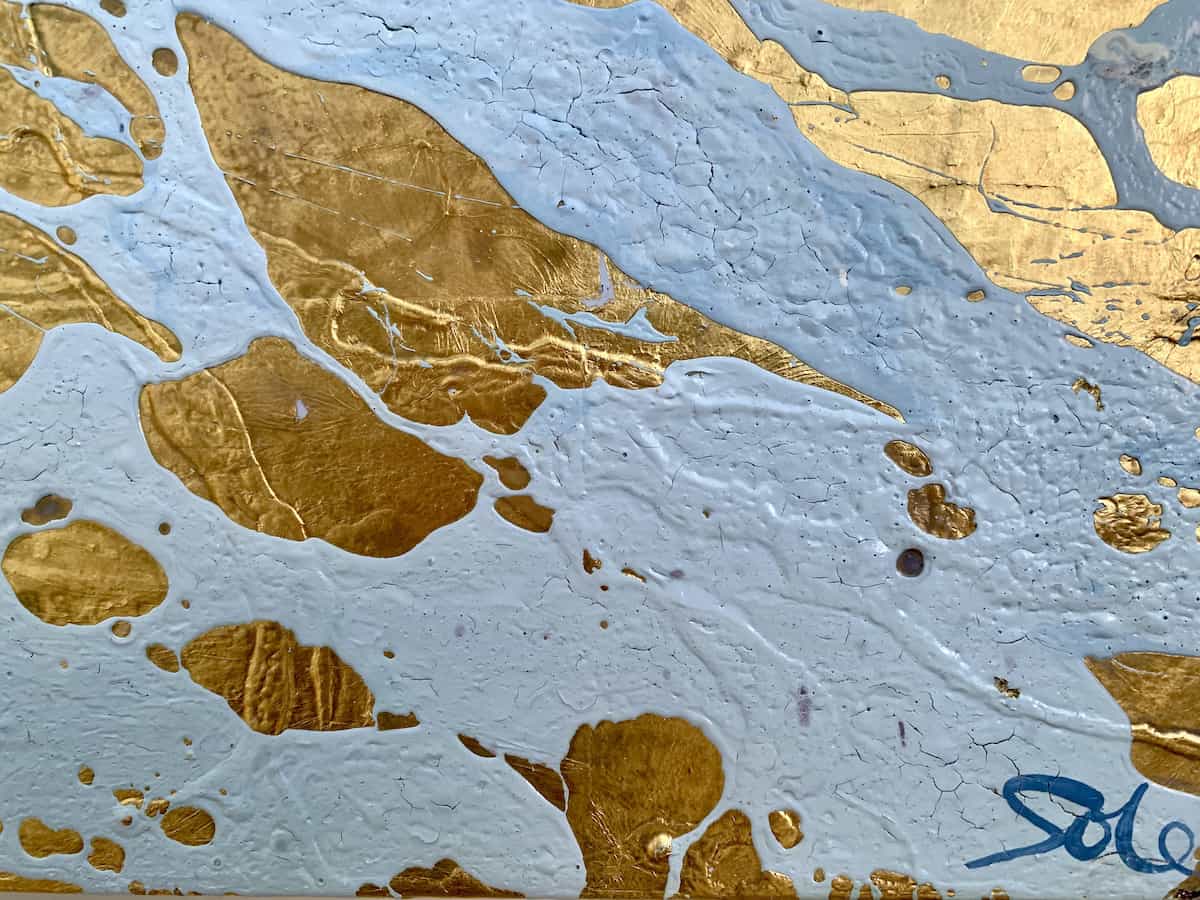 During March Lindberg-on-Sea Art Gallery will hold a solo exhibition by English artist Michael Sole, where he through lively paintings in the borderline between figurative and abstract welcomes spring with his involuntary artistry.

For over a decade, stormy seascapes have truly embodied Michael Sole’s ‘Involuntaryism’. An idea of involuntary mark making through the ‘puppeteering’ of paint where the artist’s involvement is purely to manipulate the paint, canvas, colours and consistencies, allowing the painting a life of its own to reach the finished result;

“The concept behind my paintings completely relies upon the idea of involuntary mark making. How the materials react with one another and how I go about applying them to the canvas. With this concept in mind, nature, with its natural geometry, is the perfect subject as a base to experiment from.”

Together with Sole’s more stormy seascapes, two painting series which in different ways contrasts with these motifs are presented in this exhibition.

In the painting series Morning sea Sole’s primary focus in on calm and tranquil seascapes which gives Sole’s artistry an even more abstract dimension.
The white nuances of the acrylic in these paintings highlight the oil paint and creates the shadows and shifts in colour of the sea spume so characteristic of the early dawn or late sunset lights;

“I wanted to start using colour in the white acrylic so that, for the first time in my work, the underneath oil paint could be lighter than the acrylic over the tip. It shows shadows in a breaking wave and also the spume during sunset or sunrise where the light shines beautifully reflecting on the sea and not the spume meaning the spume is darker.
I am also really enjoying the tranquility of these pieces compared to my usual rough stormy seas. You have got to get these right, they are more abstract and even though look easy can go wrong very quickly.
I live very close to a beautiful sandy beach called Alumchine near Bournemouth on the south coast of England. This is where the inspiration comes from just before sunrise on this particular beach.”

In the painting series English Gold Sole uses gold leaf as a complement to the acrylic and oil paint to achieve a new dimension for his artworks with the aim to further emphasize the paint, materials and technique of the paintings rather than the motif for a more abstract effect.
The inspiration comes from the Austrian 19th century symbolist painter Gustav Klimt and through this technique Sole feels that he has found the essence of his artistry;

”I wanted to try and use blues with the gold, keeping the strong contrast between the oil, the gold and the white acrylic without losing the energy of the sea and the spontaneity of my painting. It was so difficult to let oneself ‘go’ on top of the gold leaf as it is hours of laborious and delicate work laying the leaf. It is a series of paintings that confirmed for me that sometimes less is more. The contrast between the dark oil paint, the white acrylic and the brightness of the gold when the light shines on it makes me want to create more and more. These paintings, for me, seem to be the epitome of what I paint and why I paint.”

Read more about Michael Sole and see his artworks